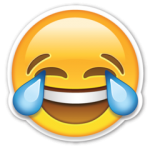 Here’s another variation to one of the jokes above with a serious answer:
If you’re going down a river at 2 MPH and your canoe loses a wheel, how much pancake mix would you need to reshingle your roof?
(Source with answer)

Why Are They Funny?

Admittedly, when I was in middle school, these jokes only appealed to certain people. Many people would sigh and roll their eyes in disgust.
But they’re funny because they require the listener to listen and think. Sometimes when we tell it, we’d go to an unsuspecting kid and all laugh together, and then we’d ask him, “Do you get it?”

And they are remarkably similar to math word problems that pose unrealistic scenarios like George buys 120 apples to divide among his classmates. These jokes are even closer to Fermi Questions in the High School Science Olympiad, like this one: How many blades of grass does a typical suburban house’s lawn have in the summer? (No. 15, source page)

Origin Unknown, But They Go Back Far

In reality, although the joke part itself was always similar, we played loose with the answers, and sometimes even interchanged them.
This reddit user claimed to the originator of a similar riddle, dating back to 1992-1994, but I highly doubt this. We knew these jokes when I was in middle school in 1981-1983, and I know that they go back even further than that!

Note: As an Amazon Associate, I earn from qualifying purchases.