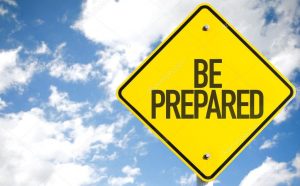 Although I am not a professional in disaster preparedness, I have experienced a number of disasters in Japan and the USA over 30+ years, and I learned from each one. This presents the mindset and items useful for each situation. This information will best serve those who are preparing their first disaster preparedness kit and just want to make sure that they have a wide range of scenarios covered.

Each person’s situation and crisis is unique, no one-size-fits-all solution. You could live in an urban or rural area, and you could be hit by an earthquake or a flood. Each case calls for different actions. Still, when faced with a crisis, your first choice will be whether to 1) Escape or 2) Hunker down at your current location. 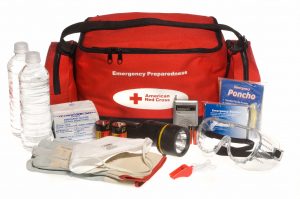 The basics of your kit should include first-aid and hygiene supplies, a cellphone or other means of communication, and power source. Ready.gov has a great list of supplies, including a downloadable list, and you can buy ready-made kits at Amazon.

The common thread for most disasters is power outages. I cannot tell if the power grid is more vulnerable than 10 or 20 years ago, but it’s clear that we have an increased reliance on electric power – all-electric homes, electric cars, battery-powered devices, and electronic networks for shopping. When the grid fails, gas stations will close,  most stores will be closed, and ATMs will be shut down. If you can find a store that is open, cash will be a necessity.

Your exact preparation (before crisis) and action (after crisis) will be determined by how the crisis unfolds. For a flood, tsunami, or nuclear plant leak, obviously, you will escape, and your emergency bag will be the key. For earthquakes, the decision to escape or hunker down will depend on the safety and resources available at your location. 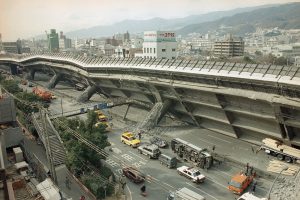 Lessons from the 1995 Kobe Earthquake

In the 1995 Kobe earthquake, many structures became uninhabitable, and people had to take refuge in evacuation centers. Even if people’s homes were still standing, many underground gas lines and water lines were cut, which also forced others to evacuate. Fires were continually breaking out in Kobe city in the days following the earthquake, and so it was important to keep up to date on the latest situation in case you needed to evacuate. Forget about trying to gather supplies after an earthquake — It was extremely difficult to get bottled water and food in post-earthquake Kobe for weeks because so many supply lines were cut. 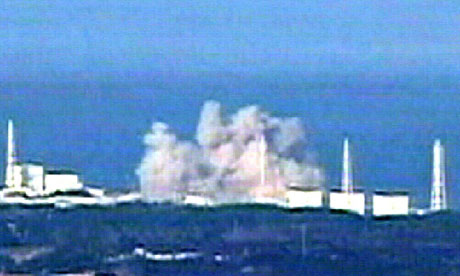 Lessons from the 2011 Tohoku Earthquake, Tsunami, and Fukushima Nuclear Disaster

After the devastating 2011 earthquake and tsunami in Japan’s Tohoku region, the Fukushima Nuclear Disaster brought long-lasting damage to the Fukushima area, which was then known as the “Breadbasket of Japan” for its extensive farmland. In the immediate aftermath of the earthquake, there was a scramble to get iodine tablets and portable radiation detectors. I was unable to obtain any radiation detector in Japan — all of them were sold out — and so I had to get one from Russia. Recently, I saw that you can get a cellphone in Japan with a radiation detector function!

Potassium iodine (KI) tablets are taken as an emergency measure if you are in the vicinity of a nuclear disaster. Taking iodine tablets will fill your thyroid with non-radioactive iodine so that it will not absorb radioactive iodine. There are some health risks associated with potassium iodine, and so use with care. Normally, it is taken once only — It is NOT a supplement. Potassium iodine is explained in detail on the CDC website, including where it can be obtained. If you are in less danger (further distance) from the affected area, kelp tablets, which are a source of natural iodine, could be an alternative measure. Kelp should not be considered a substitute for potassium iodine tablets because the dosages are completely different. Because the half life of radioactive iodine (I-131) is only eight days, I-131 will dissipate significantly over several weeks, and so this measure is only necessary immediately after a nuclear accident.

In the event of an evacuation, we have a short list of must-take items, including passports or other ID and our main laptop computer, which contains scanned copies of nearly all of our important documents.

Besides many of the items listed above, our emergency supplies for when we have to hunker down (not escape) also include:

Do you have anything to share? Feel free to add your thoughts in the comments below!

Note: This article contains affiliate links. If you buy any products via these links, we may earn a small commission at no cost to you.