As a parent of children whose native language is not English, I had trouble sharing some of the most amusing and entertaining jokes and riddles that I remembered as a kid. That’s because SO many of them relied on double-meanings and twisting the meanings of words, like What has four wheels and flies? (A garbage truck), or Why did the fly fly? (Because the spider spied her).

The only jokes that I could share with my kids were situational jokes, where the amusement arose from the situation of the characters.

And so, here is my personal selection of clean jokes that can be easily translated into other languages to gain a laugh!

Stranded on an Island 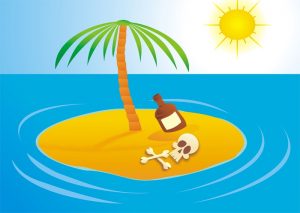 Three men were stuck on a remote island. As they searched all over the island for things to eat, one of them happened to find an old bottle. When they uncorked the bottle, a magic genie appeared! He offered to give each of them one wish.

The first man missed his family, and so he said, “I want to go back home to my family!” And so, POOF! He disappeared from the island to return to his family.

The second man missed the food from home, and so he said, “I want to go back home to eat a warm-cooked meal!” POOF! He disappeared and returned back to his home where he could enjoy his favorite foods.

Finally, the third man looked around and realized that he was all alone. For his wish, he said, “I’m lonely here. I want to have those two guys back!”

Stranded in a Desert 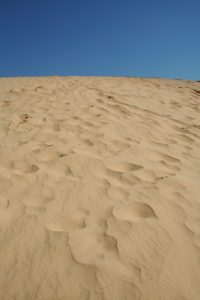 Three men were in the middle of the desert when their car breaks down. For their hike to town, they decide to take one thing with them. The first man had a large jug of water. The second man had a loaf of bread. The third man took one of the car doors.

The second man asked the first man, “Why do you have a jug of water?”
He answered, “Well, if I get thirsty, I can drink it.”
“Oh, that makes sense!” the second man responded.

Then, the first and second men turned to the third man and asked, “Why do you have a car door?!?”
He sighed and rolled his eyes, “Well, if I get hot, I can just roll down the window!”

Special Note About This Joke

Guess what our family was thinking of when we saw this commercial? The man carrying the car door! 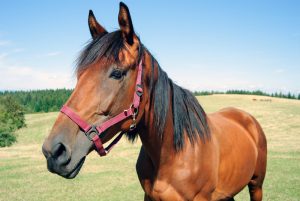 One day, a man needed a ride out of town for an important business trip, and he needed a horse. He asked everyone in town if he could use their horse, but they said no. Finally, he asked the priest.

The priest says, “OK. I guess you can,” he suddenly looked straight at the man and says sternly, “But I must warn you — it is no ordinary horse. To make it run, you must say ‘Praise the Lord’ and to make it stop moving, you must say ‘Amen’. You got that?”

While riding, the man realizes that they were coming to a cliff up ahead. Frantically, the man tried to remember what to say to bring the horse to a stop.

“What was it?” he was thinking. “Halt! Stop! God Bless You! Alleluia!” – Nothing worked…. He then realized that he was going to fall to his death riding the horse over a cliff. And so, he said his final prayers. “May God take care of my family. Amen.” At “Amen” the horse came to a stop just inches in front of the cliff!

Overjoyed, the man shouted at the top of his lungs, “Praise the Lord!” 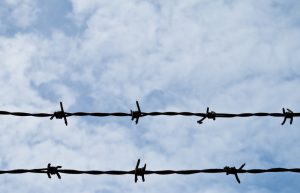 Three men escaped from an insane asylum and into a forest. The guards were looking all over for them, and so they decided that they’d hide in the trees.

When a guard heard a slight rustling in a tree, he said, “Hey, is anyone up there?”
And so, the escapee said, “Tweet, tweet! Tweet, tweet!”
“Oh, it’s just a bird!” said the guard, and he moved on.

When he came to another suspicious tree, he looked up and shouted, “Hey, is anyone up there?”
The escapee said, “Meow, meow!”
“Oh, it’s just a cat!” said the guard, and he moved on.

Finally, he came to another tree where there were rustling noises. He looked up and said, “Hey, is anyone up there?”
Following the lead of his fellow escapees, the escapee knew he had to think of something and quick! He said, “Mooo, mooo!” 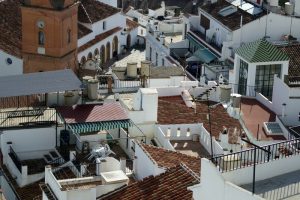 One night, two men escaped from an insane asylum in the city and were running across rooftops. They jumped from rooftop to rooftop in the moonlight. Finally, they came to a roof where the distance to the other roof was too far for them to jump.

“What are we going to do?” one escapee asked the other.

“I’ll shine the flashlight across the gap between buildings, and you can walk across the beam to get to the other side!”

“What?” the other replied, “Do you think I’m crazy? You’ll turn off the flashlight when I’m halfway across!” 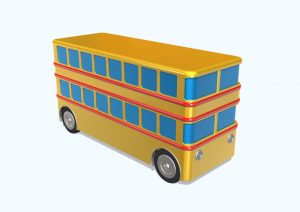 (Answer: The name of your listener because “You are the bus driver.”)

Note: As an Amazon Associate, I earn from qualifying purchases.